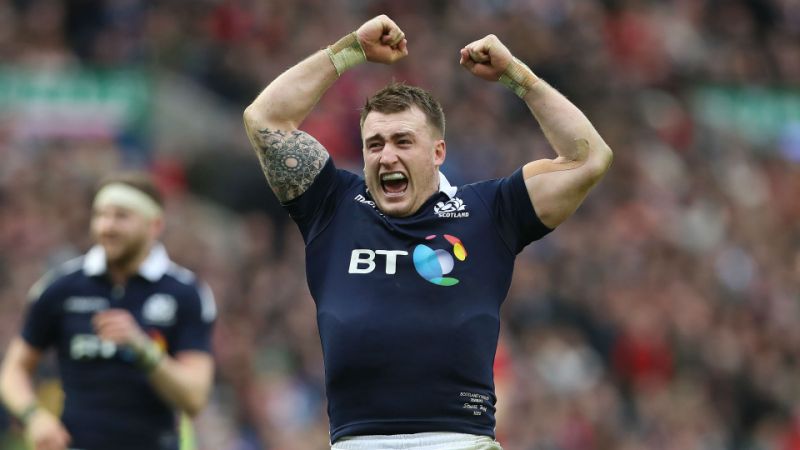 Edinburgh – Stuart Hogg believes Scotland are on the verge of an “incredibly special” achievement and insists they are right to talk up their chances of winning the Six Nations ahead of Saturday’s opener at home to Italy.

“But for us as players we are just looking at the first game against Italy on Saturday and making sure we get off to the best possible start.”

The Scots have not won the tournament since Italy joined in 2000, a year after Gregor Townsend helped Scotland to glory in the Five Nations.

Townsend is now in charge of a team who have made strides by winning three games in each of the past two years — having only won three in total in the previous three years combined.

And fullback Hogg is adamant that they can make further progress.

“I think we are on the right path to achieve something incredibly special,” the Glasgow player said.

“We have been working really, really hard over the last few years to get to where we are and we truly believe we can win the Six Nations.

“But for us as players we are just looking at the first game against Italy on Saturday and making sure we get off to the best possible start.”

Hogg has twice won the Six Nations player of the tournament award and Scottish clubs have also been buoyed by success in Europe, with both Glasgow and Edinburgh reaching the last eight of the Champions Cup.

“It starts Saturday, we have two home games, and I think that’s a really good start to a tournament, isn’t it? We have talked about it and that’s our aim.”

Rory Hughes has been called up after fellow Glasgow winger Lee Jones suffered a knee injury in the Warriors’ 9-3 win over Ospreys on Friday.

Edinburgh scrumhalf Henry Pyrgos joined the camp as George Horne is struggling with a shoulder problem.

And uncapped Warriors centre Stafford McDowall has also been called into the squad with his club teammates Matt Smith, Alex Dunbar and Rob Harley released.

Townsend received an injury boost after Glasgow front-row forwards Zander Fagerson and Fraser Brown took part in training on Monday. Fagerson has not played since breaking an ankle in mid-September, while hooker Brown was ruled out for eight to 10 weeks with a knee injury in mid-December.